Description: Celia Lawley is a singing, clogging fiddler, songwriter and multi-instrumentalist who has performed extensively throughout the United States and Canada at festivals, fairs, concerts, rodeos, corporate & special events as a solo act or with several of her bands.

Celia’s love of music, starting at age 5 with lessons in violin, piano and voice, has led to performances throughout the United States and Canada at fairs, festivals and concerts like the Calgary Exhibition and Stampede – Calgary, Pacific Northwest Exhibition – Vancouver,National Finals Rodeo in Las Vegas, Seaworld, San Diego Zoo, Ramona Bluegrass Festival, USO shows and has opened for the likes of Doug Kershaw and Bill Monroe. She has appeared on the ABC national news with Diane Sawyer, the TV show FAME, and was featured in the HBO special Boy Meets Girl 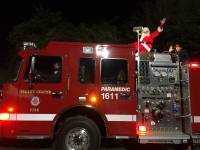 Title: Christmas in the Valley

Bates Nut Farm started with walnuts, but now purchases nuts from all over the world. Pistachios, pecans, cashews, peanuts, pignolias, sunflower seeds and much more can be purchased on the farm. The nuts come raw, roasted, some spiced up and unsalted. To ensure quality and freshness we roast and package our nuts on the farm. The Bates family takes pride in providing a quality product at a fair price. It’s part of the tradition.

Title: Christmas in the Valley